As the idea of a Fall wedding is often associated with beautiful peak foliage, I also like to think that every Winter wedding is secretly planned with the hope of snow making a timely appearance at some point in the day, as the perfect finishing touch.

Since the majority of weddings are usually directly affected by weather, which has taught me to always keep a watchful eye on mother-nature. I’ve also learned that the weather is rarely what the meteorologists predict it to be. Regardless of whether you’re checking it a week ahead, days away, or the day before, the weather can change in the blink of an eye – especially in New England. Hanging on that small possibility that the forecast will actually be correct, I still make the effort to check it anyways and stay in tune with what’s expected. That way I can have some sort of plan in place and be prepared for what’s ahead.

Having a structured plan (as well as a backup plan) to keep everything organized and running smoothly will always give you an advantage, but it’s equally as critical to know how to handle a curve ball and think on your feet, when the original plan goes completely out the window. That being said, it’s always wise to leave any expectations at the door when you begin planning a wedding. Otherwise, you’re going to be incredibly unhappy if things don’t go your way. Thankfully, Kali and Rich are a very laid back and open-minded couple whose only expectations for the day of their wedding were to say “I do” to each other with their family and friends by their side.

During the two weeks leading up to Kali and Rich’s wedding day, I was eagerly checking the weather predictions as often as possible through the various spread of weather apps equipped on my iPhone. I was hoping to come across some sort of consistency in the fluctuating range of uncertain forecasts but nothing was definitive.

At first, the weather report had predicted rain. A few days later, we were looking at a partly cloudy day after the expected rain shifted ahead to the next day in the forecast. Later that night everything changed, yet again. Wherever I looked, every weather source lead to the same projection of a wintry mix of snow and rain.

However on the day of, things couldn’t have been any more perfect. There was a light snowfall that came down through the morning which continued into the early afternoon, which was just the right amount of snow. As if it was part of the plan all along, the snow had stopped just a few hours before it was time for guests to arrive safely to the cozy, intimate winter wedding, which they had planned to take place in the privacy their own home. Everything ran as smooth and stress-free as they had expected and the snow stuck around long enough to compliment all of their charming holiday décor. The snow truly completed the scene for a true winter wonderland wedding.

Directly after their ceremony, we stepped outside to brave the cold and take some portraits. Here are a few of my favorites that were taken against a beautiful wall of snowy evergreen shrubs at the end of their driveway. 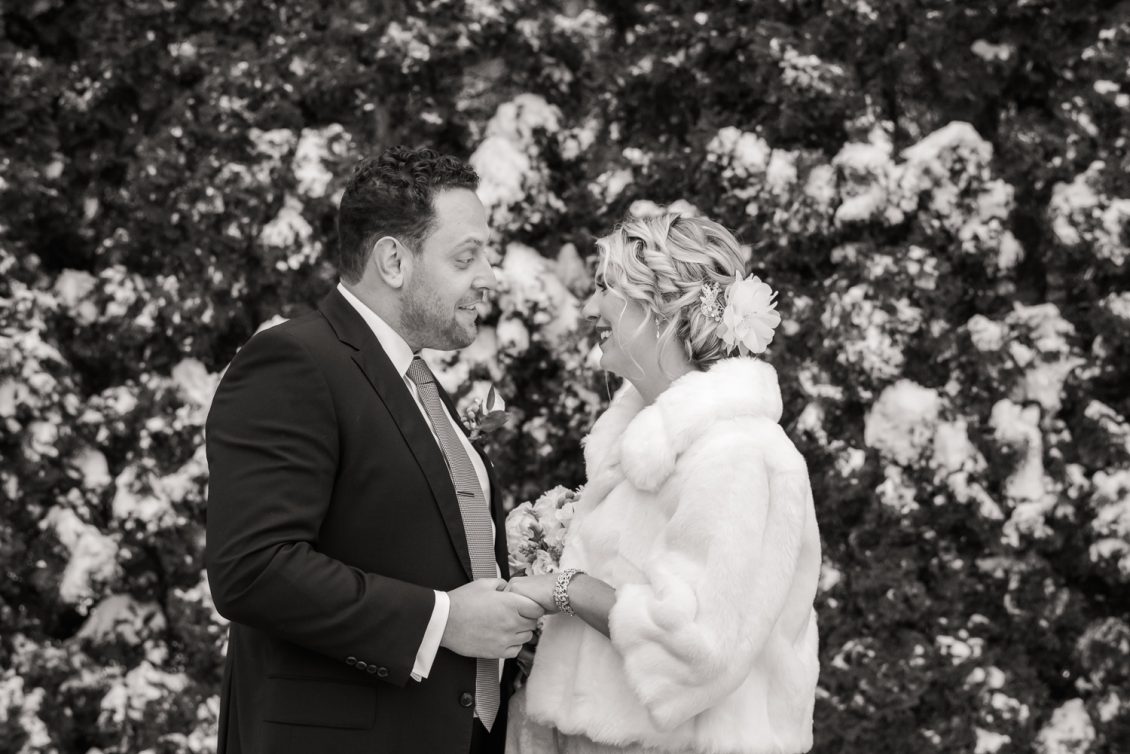 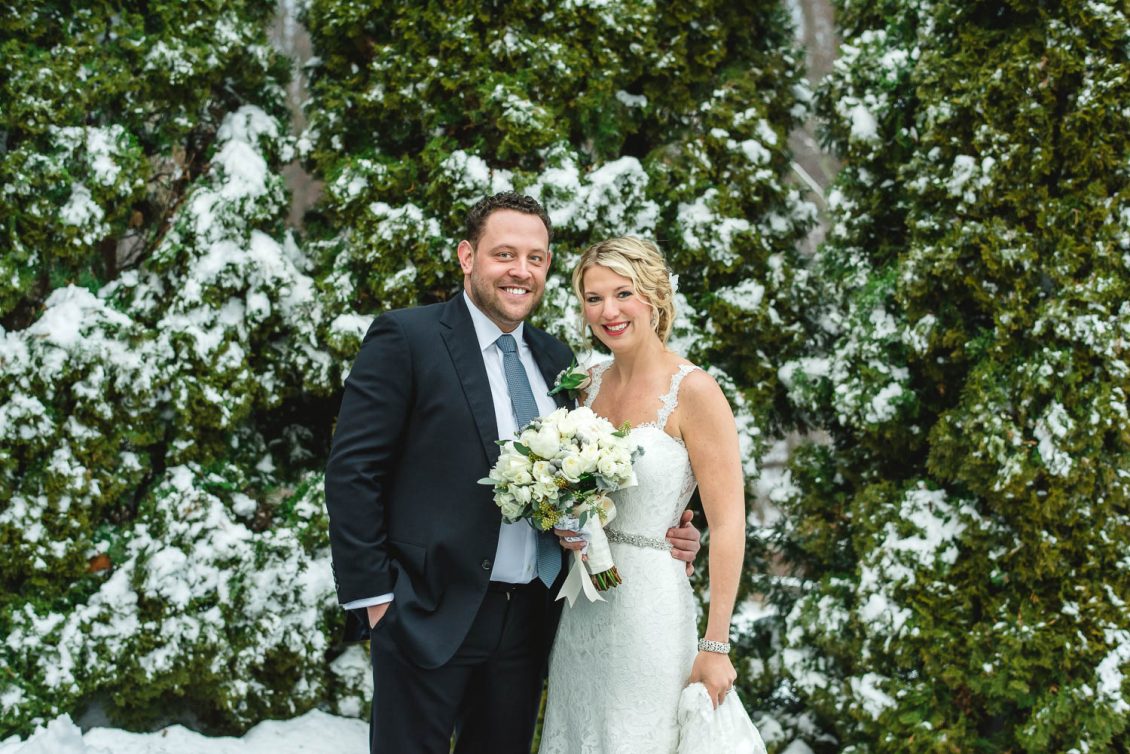 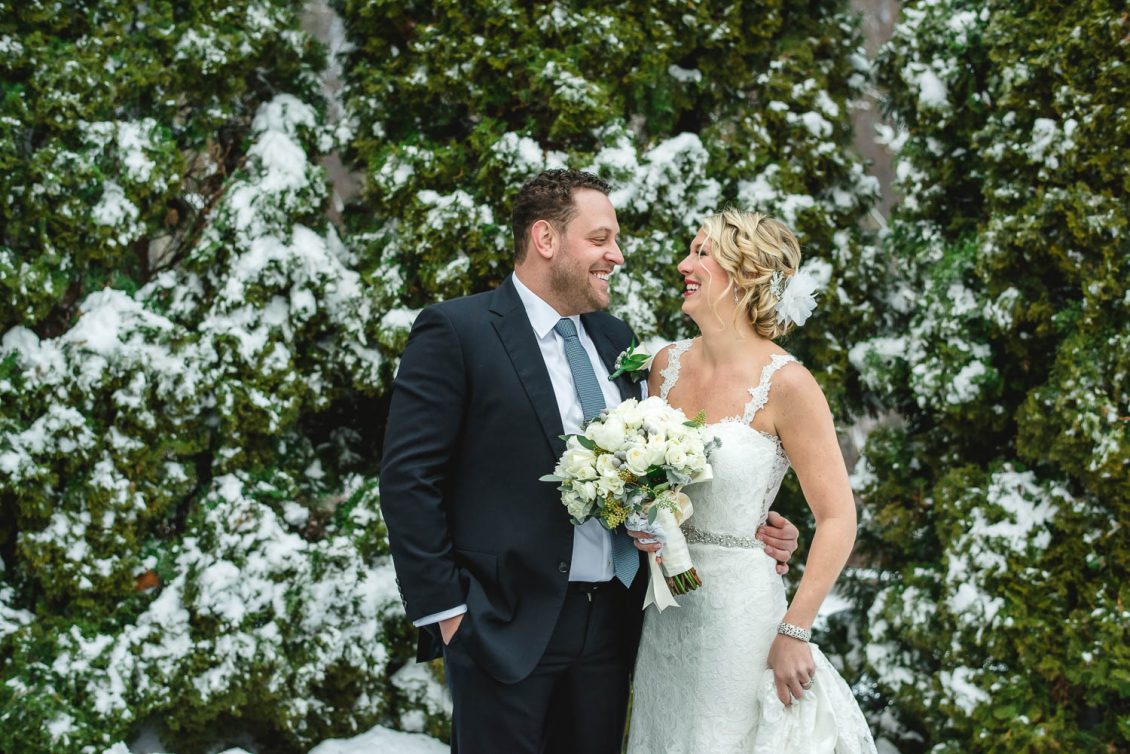 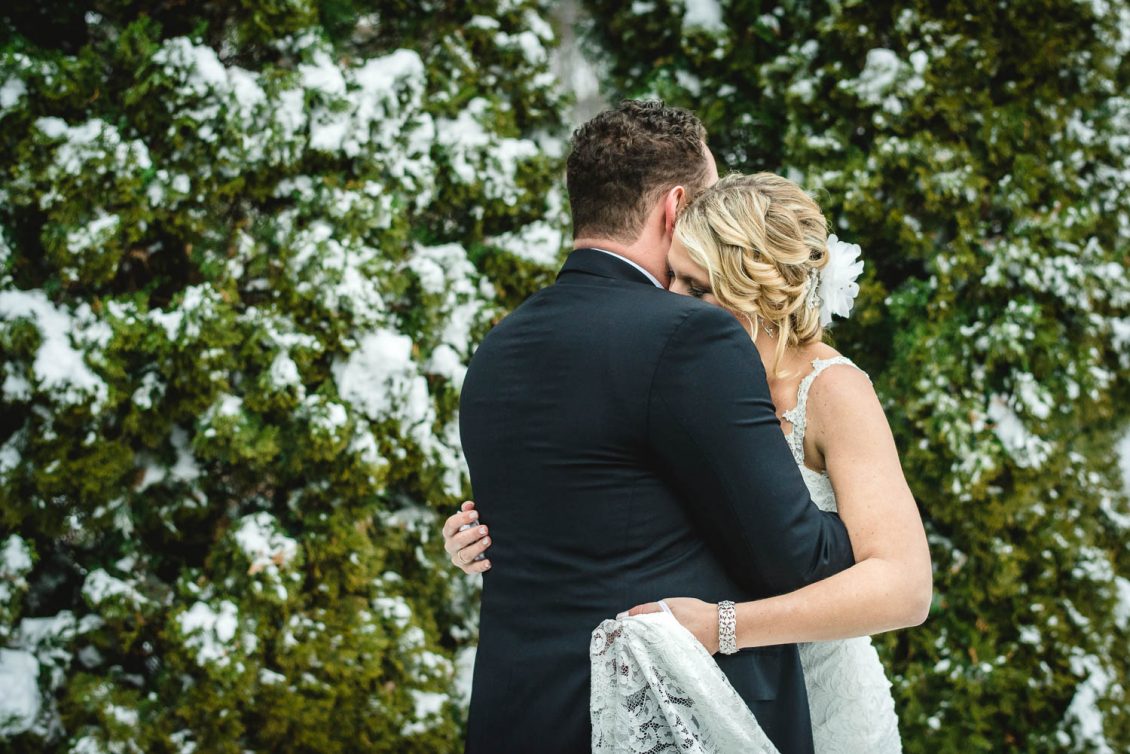 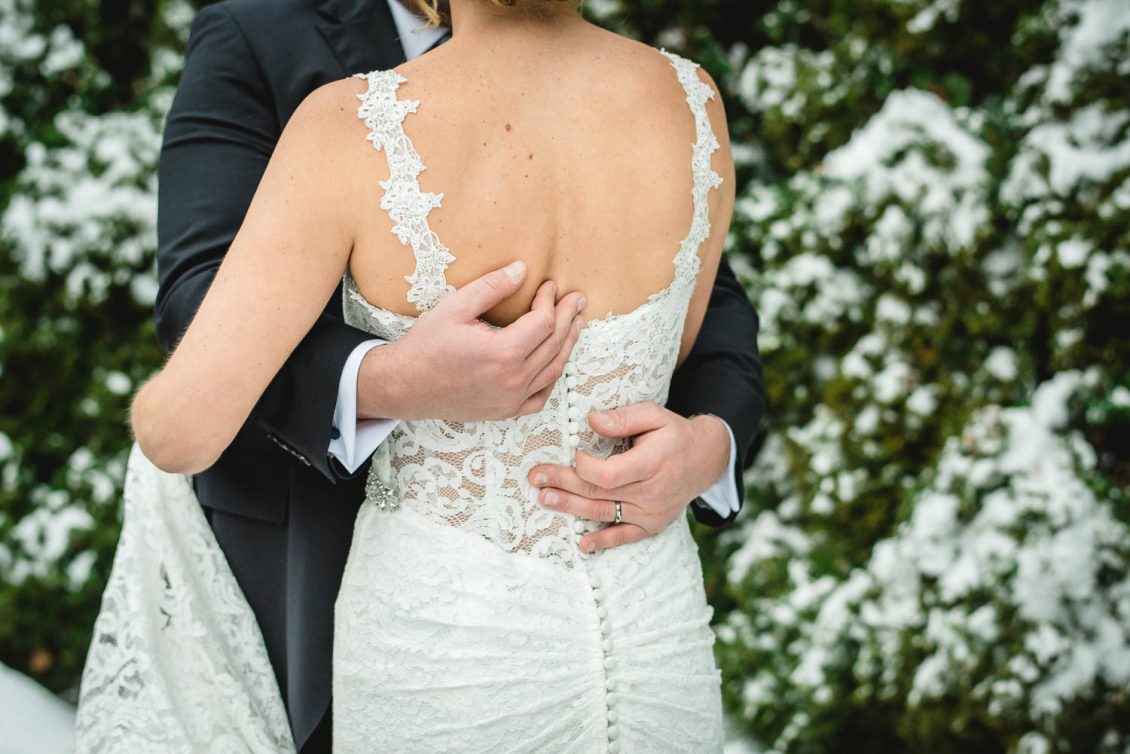 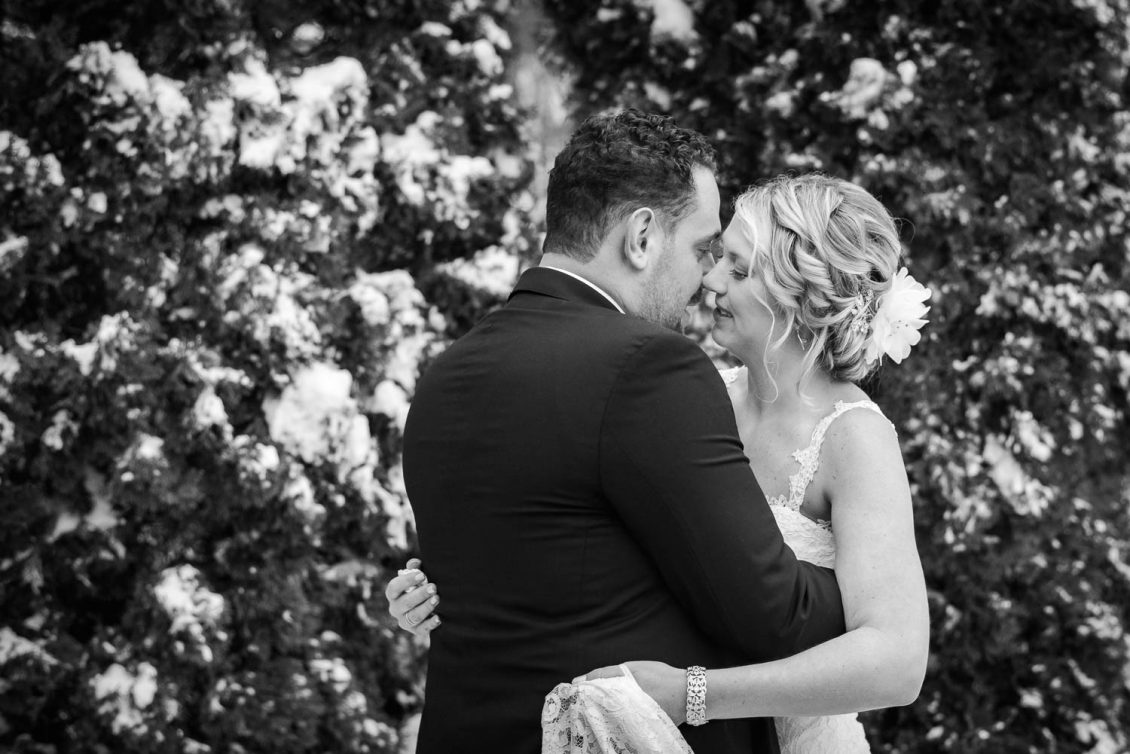 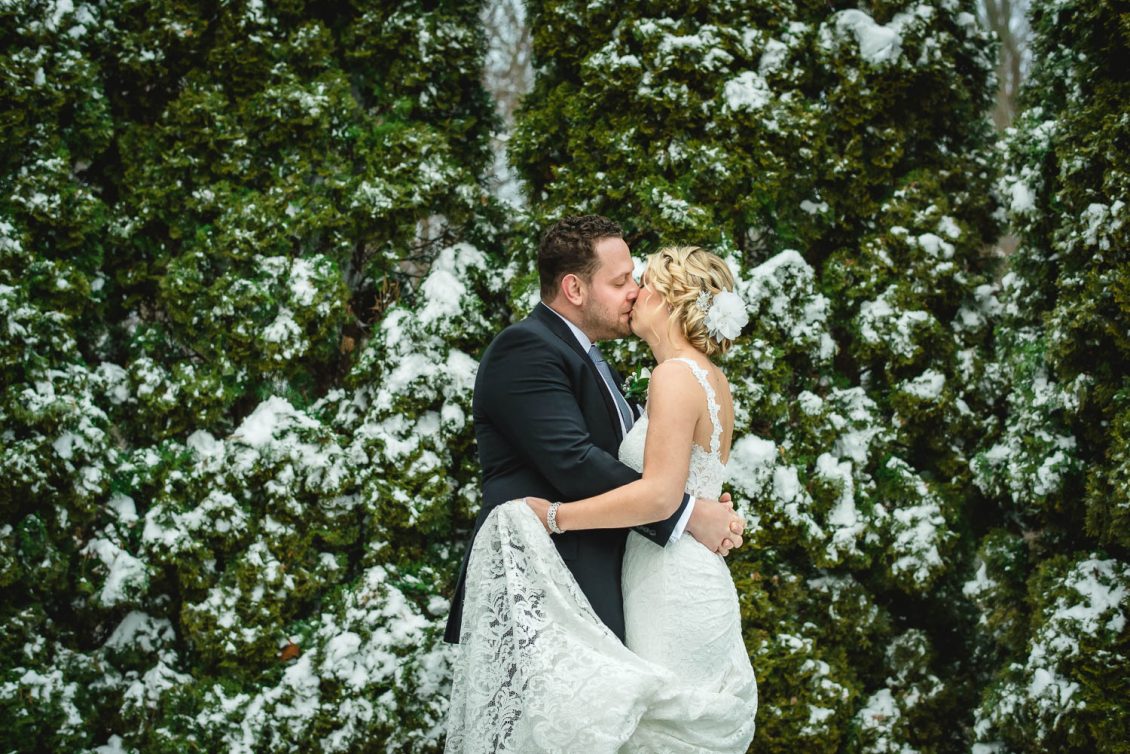 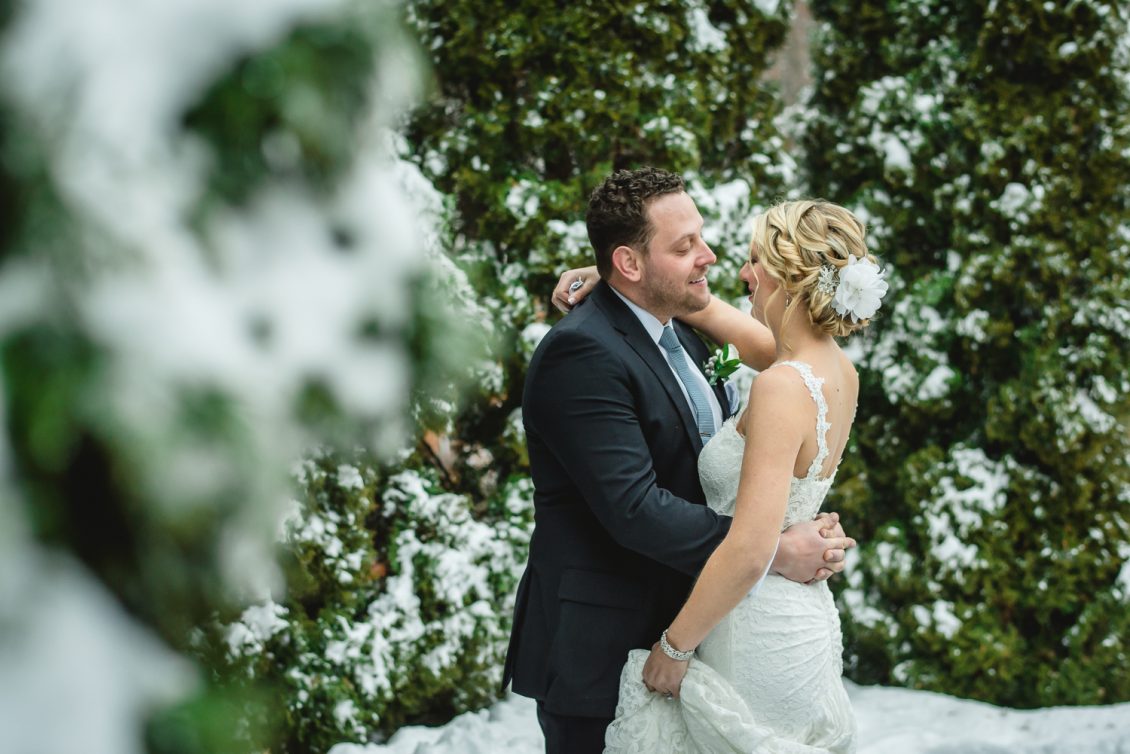 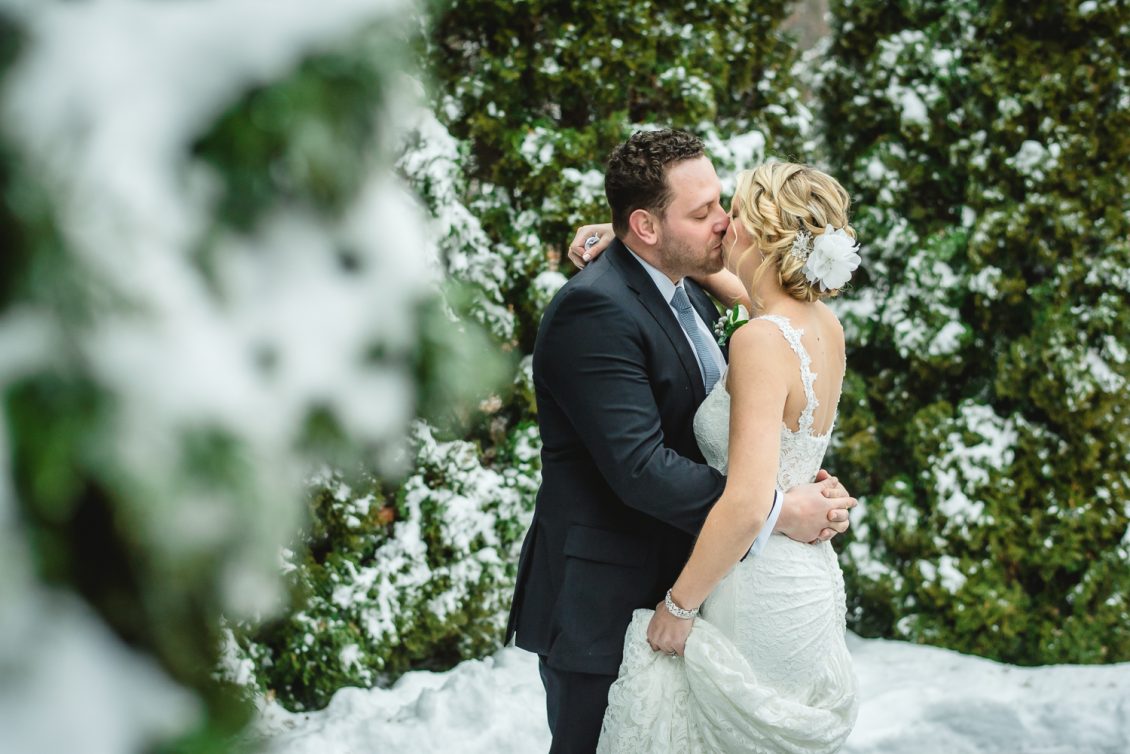 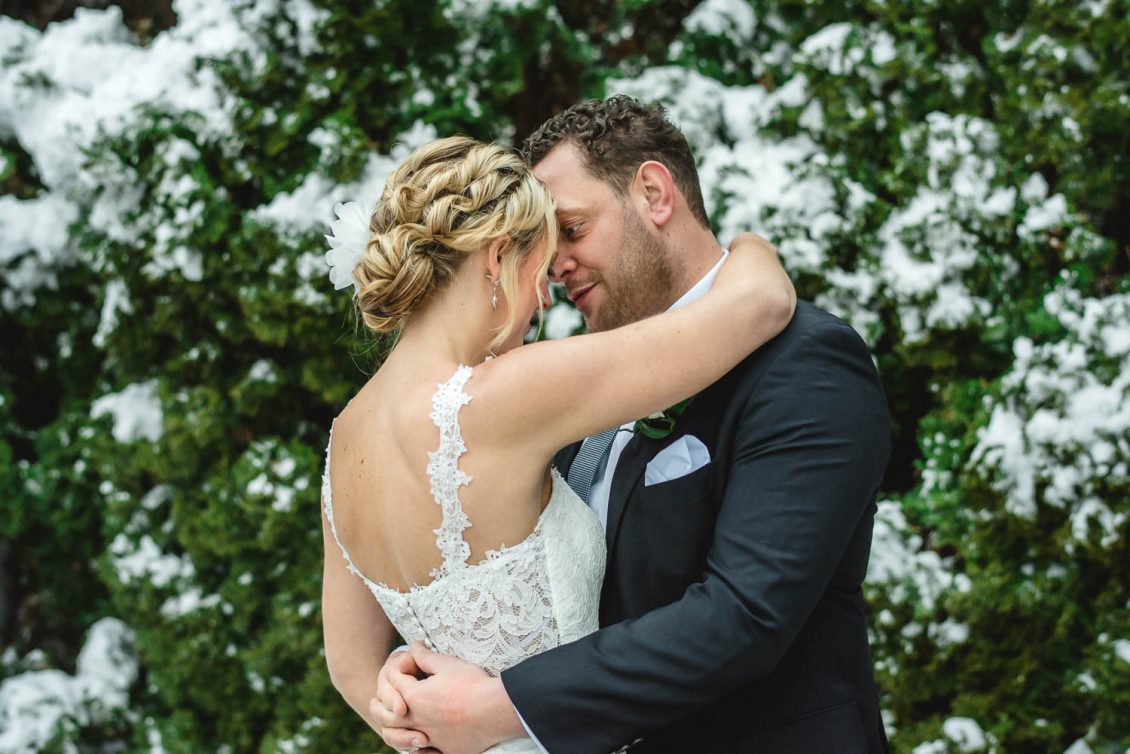 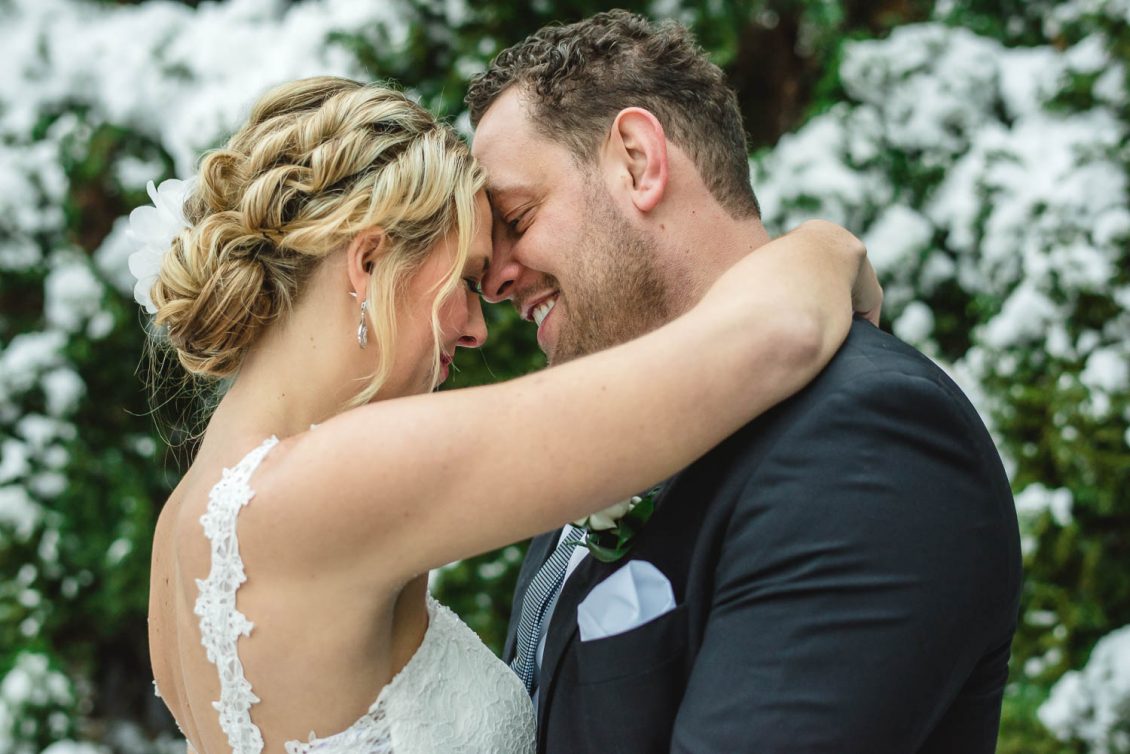 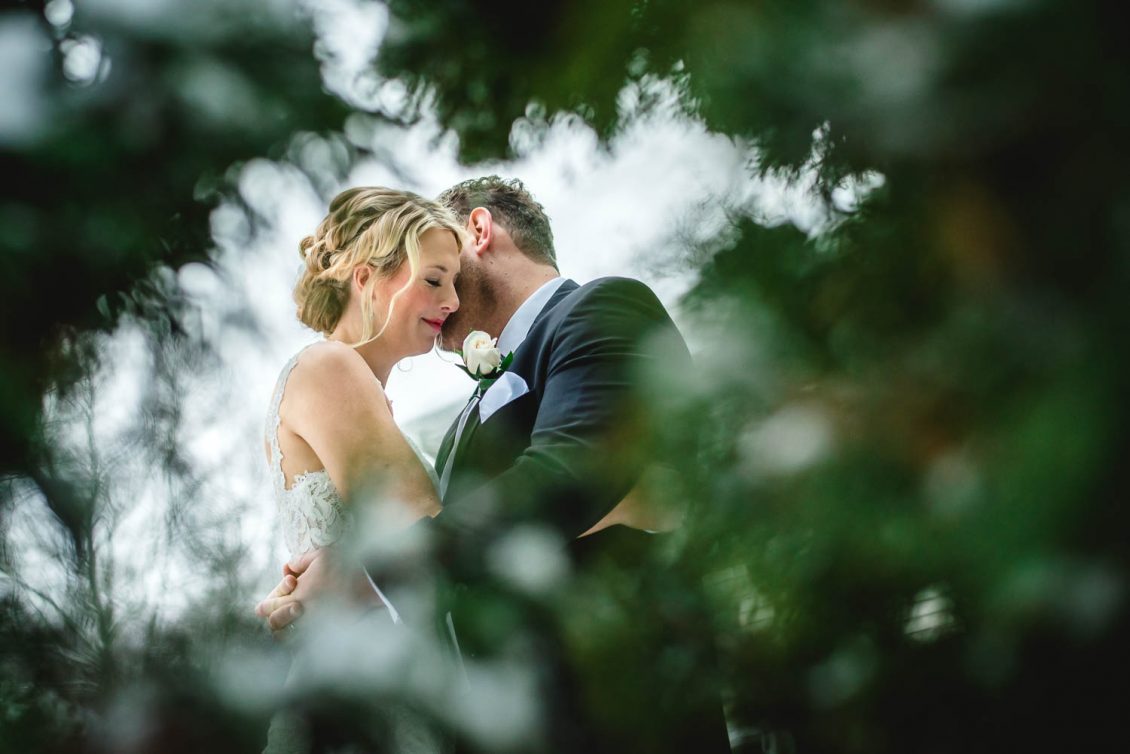